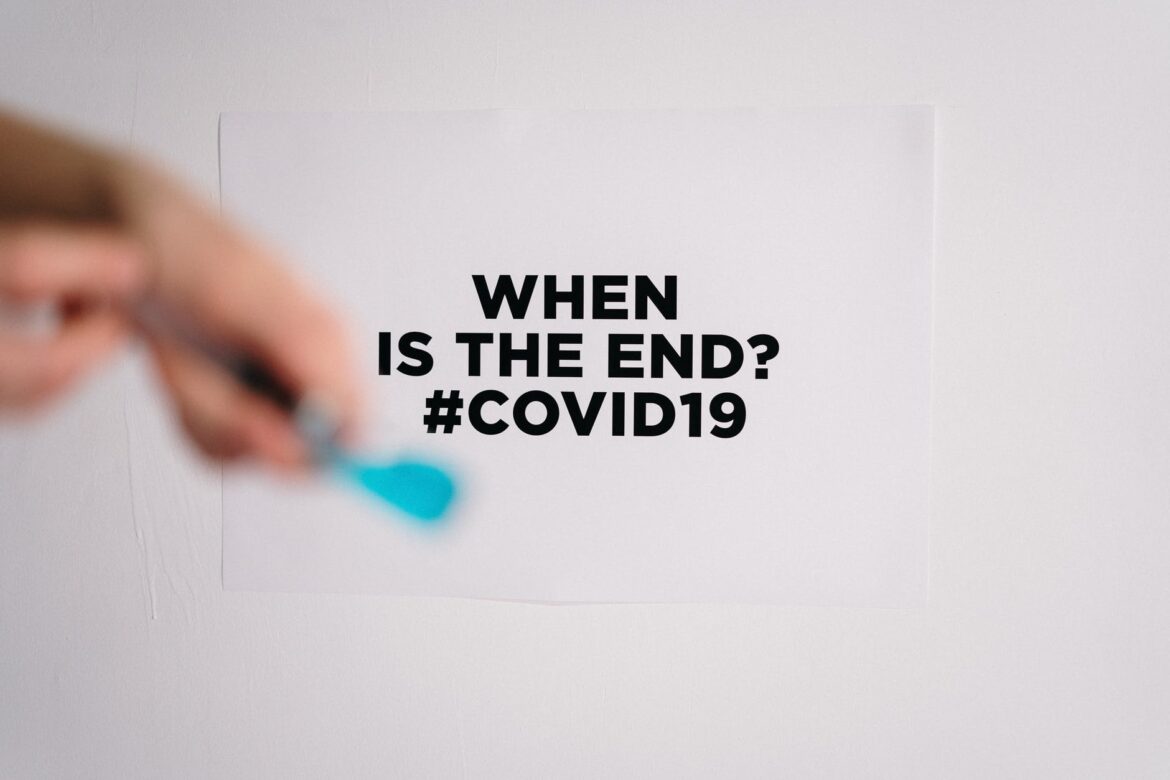 Adapted from public social media posts made from August 1 to September 3, 2021.

It was all so seemingly benign. A Florida couple headed to Alaska in the middle of a global pandemic on a dream vacation, stopping first in Oregon, where they spent time on the Rogue River taking pictures of Bald Eagles and smiling in photographs.

On August 1, the couple shared a video they had taken of an Alaska Railroad train passing by in Denali, just as many tourists do. “Train is a-coming!” wrote the man on social media, seemingly excited to be enjoying everything that our beautiful state has to offer.

Four days later, on August 5, after having just shared their memorable Denali moment, the man who had arrived in Alaska with his wife for their vacation just six days prior, wrote that she had been taken to an Alaska hospital on August 2 — and was diagnosed with COVID-19 and double pneumonia. The husband said that his wife had been “declining” the evening prior and was put on a ventilator.

“These are tough times,” wrote the man. “Now we wait to see if she can drain the fluid from her lungs.”

Two days later, on August 7, he wrote that his wife was still on a ventilator, learning this from the nurse he had just spoken to. The man seemed encouraged, writing that doctors might take his wife off the ventilator that same day or the next, and wrote that she was doing “very well.”

The man’s next social media post came in the morning, writing that one of the nurses had just called and told him they planned to extubate his wife that same day or the next.

“Whew,” he wrote, adding that the past few days had been tough but writing things were looking good as he thanked his social media friends for their “thoughts and prayers.” Then, buoyed by the news he had just received, the man said, “I think I can breathe again.”

Two days later came the next post from the same out-of-state visitor who wrote that his wife had now been on a ventilator for 6 days and had taken a half-step back in her progress from the previous day. Alaska’s healthcare heroes had positioned his wife facedown in an attempt to get her oxygen levels up.

Unable to see his wife in the hospital ICU, the man wrote he was headed to a cabin next to the hospital and was hoping to have more news on his wife’s condition in the next few hours.

23 hours later came another post from the man — this time writing that his wife spent the night on her back instead of being on her stomach and said she was doing “very good” on her oxygen saturation levels. He wrote that his wife’s medical team was starting to wake her up and that she was moving and coughing a little. “All good news,” he wrote. “Update soon.”

The next morning he updated his friends who were now following the events of their Alaska vacation. “She’s been in the hospital for 10 days now,” writing that his wife had been on a ventilator for 8 of those 10 days.

On August 14 came another update as the man let everyone know that doctors intended to perform a “trach procedure” but was delayed because a surgeon “got busy.” The man wrote that he hoped they could take his wife off the sedative once the trach was in place later in the day. He wrote that he would update again soon.

A tracheostomy (trach) creates an artificial airway in the neck so a tube can be inserted into the trachea for ventilation. It’s different from intubation, which is a tube down the trachea via the mouth. Often, after being on a ventilator for a long time, a patient will be ‘trach’d,’ as it protects their airway from long-term damage.

Later the same day, he shared another update, writing that a surgeon would not be available until Monday and that his wife was doing “great” but still sedated. He thanked his friends again for their “thoughts and prayers.”

Three days passed before he would post again. This time, the news wasn’t especially great. According to the man’s post, Alaska’s healthcare workers attempted a “bedside trach” procedure — but it wasn’t successful. They scheduled his wife for the operating room to have the procedure done. “Keep your fingers crossed,” he wrote.

“Good news” began the post dated August 18, writing that they were able to get his wife’s trach “installed” the night before. He also shared the unfortunate news that his wife “didn’t progress as quickly” as the team of healthcare workers assigned to his wife had hoped.

Still on a ventilator at this point, and his wife’s oxygenation levels described as “not great,” the man said she would remain on the ventilator for another day. Once again, he thanked his friends for their “thoughts and prayers.”

Five days later, on August 23, came another post from the man whose Alaska vacation was now in shambles. His wife had been transferred to another hospital that had a dialysis machine. They waited 3 days for this transfer, according to his post.

“We’ve given her every chance to beat this thing. Thank you all for your prayers,” he wrote, continuing that even though his wife was in very bad shape, “whatever everyone is doing is making a big difference.”

On August 24, the man identified the hospital his wife had been transferred to the day before as Alaska Regional Hospital, which he described as a “much bigger hospital.” He wrote that she was doing very well with the new dialysis machine but cautioning the people who knew the couple that her recovery was likely to be a long slow process but that his wife was on the right road.

He added that his wife’s ventilator settings were being slowly reduced.

The next day, the man told his friends that it would still be a few more days or weeks but that his wife was “definitely” headed in the right direction even though her kidneys had failed the week prior. Once again, he thanked his friends for all their “thoughts and prayers,” writing that he would keep everyone posted.

On August 27, the man wrote that his wife’s blood pressure was holding and that Alaska’s healthcare workers were aggressive with the amount of fluid they removed from his wife. “They took off 10 liters in the last 24 hours,” he wrote, again adding that she was still heading in the right direction. He wrote that he could visit her in the ICU the day prior and said that his wife was looking better. He said he would keep everyone posted.

On August 28, he wrote that his wife did “real good” overnight and that even though she was no longer sedated, she hadn’t yet woken. “She’s doing really good, so definitely getting close to waking up.”

On September 1 came concerning news from the man who wrote that his wife had now been asleep for 27 days. The man wrote that roughly 30 hours prior, his wife had stopped breathing on her own and that the ventilator she had been attached to for all of these weeks had to breathe for her. He encouraged his social media friends to “keep those prayers coming.”

This morning, September 3, his wife “went to a better place,” he wrote, sharing with his friends that he was driving to the hospital when his wife’s doctor called to give him the news she had passed.

“She fought a very long hard battle, but she is now at peace,” he wrote.

Alaska’s healthcare heroes cared for the woman who chose to travel from the east coast to visit our state in the midst of a global pandemic and fought their own ‘long hard battle,’ spending countless hours attempting to save this woman’s life.

There’s no peace for Alaska’s healthcare heroes, however, as Alaska Governor Mike Dunleavy and Anchorage Mayor Dave Bronson have abdicated their duty to address Anchorage’s COVID-19 crisis and slow the volume of patients frequenting our hospitals.

By refusing to tell their supporters directly to get vaccinated and by refusing to mandate mask-wearing in public spaces, both Governor Dunleavy and Mayor Bronson have demonstrated they’ve given up on Alaskans and those who work tirelessly and often thanklessly to save lives.

Note: At the end of August, a friend of the Florida couple created a “GoFundMe” to help support the husband — claiming in the request for funds that the man was “fed snippets of information” about his wife by the Alaska doctors working to save her life.

According to a social media comment made by the woman when she was first hospitalized in Alaska, she had not been vaccinated against COVID-19.