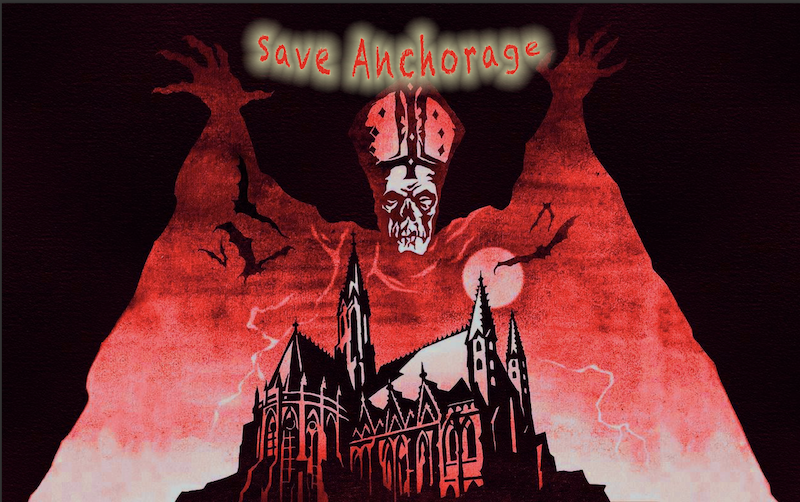 Over the past year, defenders of the Save Anchorage Facebook group have denied that the group was anti-science and was instead pro-choice and pro-freedom on the subject of the Covid-19 vaccines, but it seems conspiracy theory-laden members of the Anchorage-based group are ramping up its anti-vax rhetoric.

In a post made to the group yesterday, both Bear Paw and Matanuska Brewhouse came under assault by those upset about “Sleeves up for Summer,” a state campaign aimed at putting the pandemic behind us. Alaska DHSS says that COVID-19 vaccines are safe, effective, and our best shot at containing the virus and revitalizing Alaska’s economy.

But members of the Save Anchorage group haven’t been swayed by the messaging of Alaska’s DHSS campaign nor by the promise of Bear Paw to provide anyone who recieves the Covid-19 vaccine at the event, a $25 gift card to a local area business.

Save Anchorge members have accused organizers of “bribery” and made stunning statements about the Covid-19 vaccine in response to the group post.

Likening the desire to keep people safe from a global pandemic that has now taken the lives of over 600,000 Americans, members of the very patriotic Facebook bastion of Covid-19 misinformation wrote that it was “Mengele all over again” and made claims that hexane destroys the mitochondria in cells.

Josef Mengele was known as the “Angel of Death,” an SS officer who performed deadly experiments on prisoners at the Auschwitz Concentration Camp during World War II.

A group member invoked the “Nuremberg Code” in response to the Bear Paw post—the Nuremberg Code being the set of research ethics principles for human experimentation created at the end of the Second World War.

One member of Save Anchorage—whose membership roster includes several Alaska political figures, suggested an impending zombie apocalypse was upon us.

Others within the group called the Coivid-19 “poison,” claiming that Bear Paw has chosen to promote experimental therapies to their families, while another called for the arrest of Dr. Fauci. One Save Anchorage member wrote that the were refusing to attend Bear Paw this year, citing a concern about “possible exposure from newly vaccinated” individuals.

Concern about being exposed to those who have received the Covid-19 vaccine is just one of many documented conspiracy theories circulating on websites and social media. However, contrary to claims made on COVID-19 conspiracy theory websites, people who have received mRNA vaccines for the coronavirus do not pose a “threat to society” by “spreading their super strain viruses far and wide.”

The conspiracy theory likely stems from a website called “Foreign Affairs Intelligence Council,” which made several false claims about the coronavirus and the mRNA Covid-19 vaccines authorized for emergency use in the United States. Specifically, the website wrote that the Covid-19 vaccines were “experimental” and designed to transform recipients into “bioweapons factories.” The blog also alleged that vaccinated individuals were more likely to spread “super strain” variants that would kill the unvaccinated.

The Blue Alaskan has had both Covid-19 jabs, is fully vaccinated, and has not turned into a Zombie. So go to Bear Paw, get your Covid-19 vaccine and your gift card—and support a local business with it.