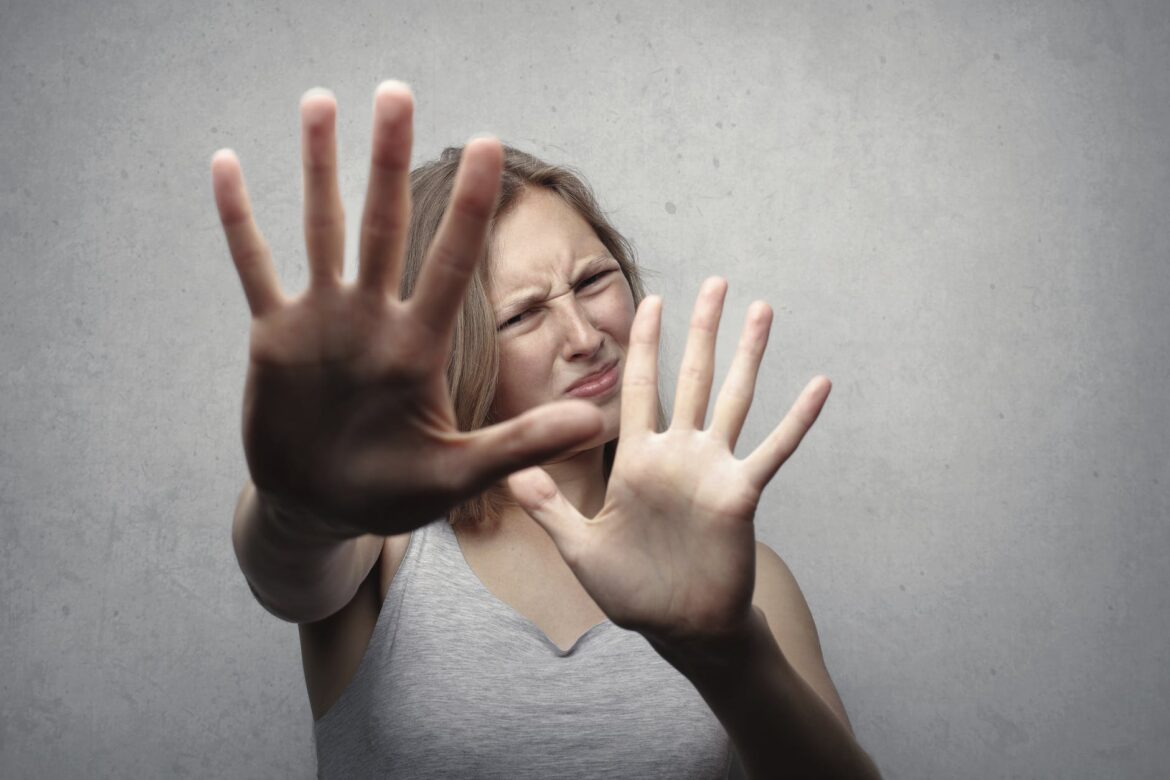 After watching his first unqualified pick to head the Anchorage Public Library system get voted down by the Anchorage Assembly last Tuesday, Anchorage Mayor David Bronson tapped another unqualified and controversial figure to do the six-figure job — Judy Norton Eledge.

Like Mayor Bronson’s first appointee Sami Graham, Eledge is an unqualified appointee lacking direct experience leading a library and lacking the required master’s degree in library science. Eledge is a former teacher, conservative activist, and Bronson supporter who ran for the Anchorage school board this year losing the race to Dr. Kelly Lessens.

Eledge has also served as president of the Anchorage Republican Woman’s Club and in December, cast a vote for Donald Trump as a Republican Elector for Alaska.

Eledge generated outrage over inflammatory social media posts in February and admitted writing “a couple of them” but insisted that some of the posts were “edited” to make her look bad.

Daniella Rivera interviewed Eledge as outrage over the social media posts grew, writing in her piece:

“In an effort to verify Eledge’s claims the screenshots had been edited, Alaska’s News Source requested that she provide the original posts. She did not provide any proof and her Facebook account now appears to have been disabled.”

It’s not clear what Mayor Bronson was thinking when he appointed Eledge to run the Anchorage Public Library system. Assemblyman Felix Rivera said of Eledge yesterday:

“Let’s just say she has a little bit of a colored past of making interesting remarks.”

Like most Americans, I found the events of January 6 horrifying, and anyone who had remotely paid attention to Trump’s social media posts in the weeks leading up to that dark day could reasonably deduce that Trump was working to undermine the free and fair presidential election.

Three months ago, the Epoch Times — affiliated with the Falun Gong new religious movement — continued to downplay the events of January 6, which left multiple people dead. Four Capitol Hill police officers have taken their own lives since the armed insurrection, but let’s face it, in this polarized political climate, not everyone sees things the same way.

Trump’s sowing of disinformation on safe and effective COVID-19 mitigation strategies was abhorrent — a side effect of which was that misinformation on mask-wearing spread across social media like wildfire, causing deep divisions between political parties leading some people to believe that wearing a mask can cause cancer, which to nobody’s surprise isn’t at all true.

Eledge wrote in November of last year that hospitals were not overwhelmed and allegations they were was “union bullshit.” Eledge wrote that testing for COVID-19 should be stopped and encouraged parents to call their doctors and local hospitals to tell them the “truth” about hospital capacity.

In November, hospitalizations continued to increase, putting pressure on the state’s already stretched health care system. The following month, Anchorage entered a monthlong ‘limited hunker down’ to reduce the transmission of COVID-19 in the Municipality of Anchorage.

During Trump’s reign, protests had broken out across the country after the killings of Breonna Taylor and George Floyd by police. In Texas, high-profile police killings of Black and Hispanic people fueled demonstrations as well.

Not everyone was pleased about the protests, and some suggested hooking up trailers filled with hogs and driving them into groups of protestors — groups largely comprised of people of color. Apparently, only people who have their asses beat with various household items were not out “rioting.”

During the reign of Trump, we also saw an increase in the amount of misinformation being spread across social media on subjects related to COVID-19, race, LGBTQ issues, politics, and gun deaths.

In November 2015, then-presidential candidate Donald Trump retweeted a bogus graphic purporting to show the percentage of whites killed by blacks and other homicide data delineated by race. Almost every figure in the graphic was wrong.

The image retweeted by Trump (on the right) was reimaged (on the left) and circulated on Facebook widely in 2020. Interestingly, Trump shared the image presenting false racially-biased statistics a day after an African-American protester was thrown out of his campaign event.

We also saw a tremendous increase in the amount of misinformation spread about vote by mail and election fraud —the disinformation of which was sown in the months ahead of the 2020 presidential election by Donald Trump.

But the disinformation on election fraud wasn’t relegated to the presidential election — we saw it manifest itself in allegations made by Project Veritas, who claimed there was “massive voter fraud” in Minnesota orchestrated by Congresswoman Ilhan Omar.

Not at all surprising was that none of the allegations were true.

Unquestionably, America is even more politically divided now than at any other time in modern history. As a result, some have taken to social media to accuse politicians of hating America even as they serve in Congress — elected and supported by their constituents.

In 2020, Eledge wasn’t sure if Cynthia Nixon really had a son who was transgender or whether they were confused about male/female role models and asked whether Nixon felt bad for the child abuse she was “doing to her son.”

A Google search confirmed that Nixon’s son is indeed transgender. The announcement was made in 2018, nearly two years after Eledge opined on it.

Sen. Cory Booker introduced a bill that proposed giving $5 billion to farmers of color, who have lost 90 percent of their land over the past century because of systemic discrimination and a cycle of debt. According to experts, the relief bill is the most significant legislation for Black farmers since Civil Rights Act.

“Black farmers in America have lost more than 12 million acres of farmland over the past century, mostly since the 1950s, a result of what agricultural experts and advocates for Black farmers say is a combination of systemic racism, biased government policy, and social and business practices that have denied African Americans equitable access to markets.

Discrimination started a century ago with a series of federal Homestead Acts that offered mainly White settlers deeply subsidized land. Since then, local U.S. Department of Agriculture offices charged with distributing loans have frequently been found to deny Black farmers access to credit and to ignore or delay loan applications.”

One might think the bill was a good thing, but to some, it’s quite unbelievable.

On July 11, 2021, the Alaska Black Caucus hosted a Community Discussion on ‘Critical Race Theory.’ The event hosted on Zoom and streamed on Facebook Live was shared to the ‘Alaska Parents’ Rights in Education’ (APRE) run by Anchorage activist Annie Massey.

APRE, of which Eledge is a member, is the local chapter of Parents’ Rights in Education (PRIE), an anti-critical race theory group whose head is the former Chairwoman of the Oregon Republican Party, Suzzane Gallagher.

Parents’ Rights in Education is staunchly anti-LGBTQ, evidenced by this statement which claims children are being groomed, and easy prey for pedophilia advances by adults via the American Library Association.

“The American Library Association promotes events in libraries across the nation. Drag Queens, men dressed as women, reading children’s books portraying little boys who want to become girls (Jack Not Jill) and animals’ choice of underwear or none at all (What Color is Your Underwear?) are grooming 3-5 year olds to normalize and embrace homosexuality and transgenderism, easy prey for pedophilia advances by adults.”

When Eledge ran for school board this year, the ‘Judy Norton Eledge For School Board’ posted to APRE, and a simple group search for her name turns up numerous matches specifically related to her school board candidacy.

In a comment made to APRE under the Alaska Black Caucus Community Discussion live stream on Critical Race Theory, and purportedly referencing a $1.15 million federal grant the organization received, Eledge wrote:

“And the muni gave them a bunch of money. We need to demand a white group.”

When asked by an Anchorage resident what Eledge meant by “white group,” Eledge did not respond, but neither has Eledge deleted her comment.

When reached by email asking for a response to Eledge’s comment, Alaska Black Caucus Allies for Change responded with a statement:

“Ms. Eledge’s comment demonstrates exactly why the Alaska Black Caucus, and other similar groups in communities across the US, are needed. The purpose of the Alaska Black Caucus is to “assert the Constitutional rights” of Black Alaskans. Our constitution promises every American the freedom to live where and how we each choose, within the limits of our laws. Black Americans have been Americans since before the US was a country. The only Americans who have been here longer are the Indigenous peoples and nations who have lived on these lands continuously for thousands of years.

Judy’s comment demonstrates that she may not know these basic facts of history. And this is why we need public libraries and schools to teach the full story of our country. Growing up in Anchorage, we need to see the Dena’ina names of our creeks: how different would it be if instead of living on Cook Inlet we grew up knowing we lived on the shores of Tikatnu?

As Alaskans and Americans we need to grow up learning and knowing who we all are: both the stories that make us proud and the stories that make us burn with shame for the racist beliefs that became racist laws that oppressed and terrorized our fellow Americans for hundreds of years. And, we need to know the legacy is still with us: Black men in America are over 20 times more likely to be killed by police than white men. That is not an accident; it is not due to personal choices; it is just one example of the legacy of the systems and beliefs that have been part of our country since before it began.

While we did not do those things ourselves, we must, urgently, learn our history, sit with it, and work every day to repair and redress these wrongs. We need to truly shift and share power, which includes shifting and sharing wealth and who sits at the table making decisions about our wealth. When Judy says, “we need to demand a white group” all she needs to do is look at the photos of our legislature, most of the assemblies and city councils around our state, most of the boards of our corporations and organizations, and she will find most of the people in those photos are white. We already have the “white groups”; we’ve had them for centuries. The time is urgent and massively overdue for many more groups representing Black, Indigenous and People of Color to be at the table.

This is work we all must do and we invite Judy Eledge, Mayor Bronson and any others to come along with us.”

Is this the librarian Anchorage residents deserve from Mayor Bronson? Has four years of Donald Trump ruined our system of accountability? Is this the most qualified and best-suited candidate to serve patrons of the Anchorage Public Library system?