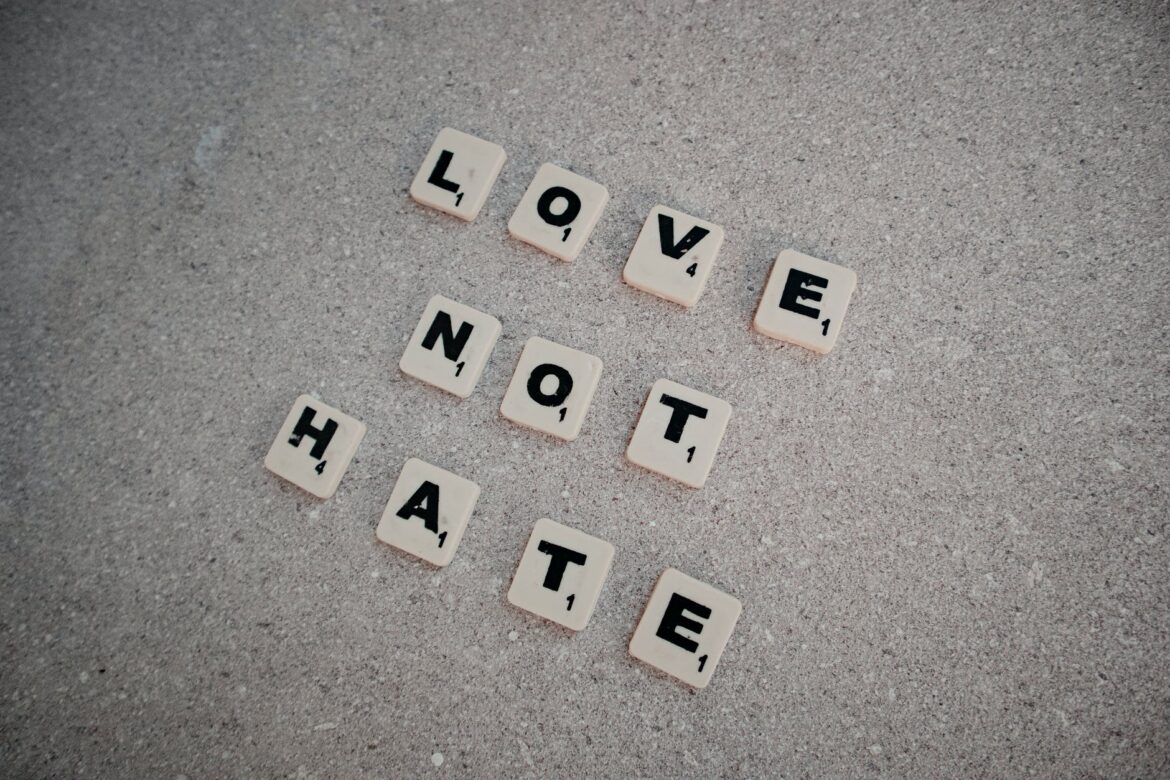 Last year, local reporting on the group revealed that Save Anchorage was created as an “organizing place for people with grievances against the Berkowitz administration and the city’s largely progressive Assembly.” In September of last year, Eagle River Assemblywoman Jamie Allard, who aligned herself with the group early on, told Alaska Public Media, “from there, they established the Save Anchorage site and moved forward with getting the public involved.”

To this day, it’s not exactly clear who the “they” are that Assemblywoman Allard referred to. Still, an email sent to a local politician last year may have unintentionally identified a previously unknown key player in the Save Anchorage group.

Incoming mayor David Bronson said on April 20, 2021, that he was not a member of Save Anchorage while also admitting he enjoyed “great support on Save Anchorage.” Save Anchorage supported David Bronson’s crusade to become Anchorage’s next mayor mere weeks after the groups’ unholy Facebook unveiling, a quick public act that has led many to question the true motives behind the group’s creation; which is a listed part of the “Free Alaska Team.”

While all of those details certainly make for interesting asides, in light of cowardly Senate Republicans’ efforts last week to kill the proposed January 6 Commission — an independent inquiry into what led a violent mob of Trump supporters to storm the U.S. Capitol which temporarily halted the certification of the 2020 presidential election, I wondered what Save Anchorage’s group members thought about the armed attack on the nation’s Capitol.

After all, just because one person from the group is alleged to have participated in the attack and posted a video taken within the Capitol to the group doesn’t mean any other Save Anchorage members celebrated or condoned it. Right?

“The storming of the Capitol was a necessary evil”

In March, Aaron J. Mileur of Wasilla, Alaska, was arrested for his alleged role in the armed insurrection of Capitol Hill on January 6, 2021, according to federal documents. Until news of his arrest broke, Mileur had been an active Save Anchorage member. An FBI Special Agent wrote of Mileur in its Statement of Facts:

“A secondary complainant submitted a tip to the FBI National Threat Operations Center (NTOC) with a video posted on Facebook by Mileur. The video was posted to Mileur’s Facebook account as well as to the Facebook group called “Save Anchorage.” The video does not depict Mileur however, the video was recorded from inside the United States Capitol building.”

Arguably, Mileur likely felt comfortable with the ideology of Save Anchorage that he would have (allegedly) shared such a loathsome video the FBI says was taken from inside the Capitol on that dark day. Still, none of us should find that surprising, considering the company he kept with his fellow Save Anchorage members.

According to screenshots taken from within Save Anchorage last week, some group members supported the January 6 attack on the Capitol, and many supported Donald Trump’s election fraud conspiracy theories, aptly referred to as “The Big Lie.” Other group members railed against a statement released by Alaska Senator Dan Sullivan, which explained his rationale for voting to count the electoral college.

“The storming of the Capitol was a necessary evil,” wrote one Wasilla group member on Save Anchorage, who, in response to a second article detailing the evacuation of the Capitol, also wrote, “Good. As our forefathers intended” on his own personal Facebook page.

“It was a busload of Antifa,” wrote another member to the group, who had also shared to his own Facebook page that he was correct in his assessment of the bus writing, “An Antifa bus was escorted by the NYPD prior to MAGA folks. The back of the building was left unguarded for them, the police chief sent numerous officers home prior, and most damning Is pelosi’s nephew was posing on the steps of the Capitol with the antifa leader wearing the horns prior to the march.”

Former Vice-President “Pence and the cesspool in the Capitol God willing, will be exposed for all the fraud, treason and crimes against humanity which governs these people in the next week’s,” wrote another member to the group David Bronson said he enjoys great support from.

“For every patriot who traveled to Washington DC to express their concern about election integrity, there are 75 patriots who did not make the trip but who feel the same way,” wrote another member to the group.

“I have nothing to hide, from the FBI, or anyone else. I am an American born, citizen. Stop wasting my tax money, investigating good people!!” wrote a group member in response to news that the FBI had mentioned the Save Anchorage group in its Statement of Facts.

Other Save Anchorage members complained that “mounds of evidence” didn’t get looked at in a court of law. Others called Alaska Senator Dan Sullivan “weak and shameful” for letting “them steal the election” and for failing Alaska.

In March, The Supreme Court disposed of the last three cases brought to it by former President Donald Trump, who challenged his election loss, ending his vain crusade to hold onto power. Yet, inexplicably, Trump’s ‘Big Lie’ conspiracy theory continues to spread through the Republican party like a plague, infesting Trump adherents as they continue to embrace the big liar as opposed to facts and commonsense.

Anchorage should find it not at all surprising that another baseless election fraud conspiracy theory was promoted in the 2021 Anchorage Mayoral Runoff election which lead to the ‘unprecedented harassment’ of Anchorage election officials.

In response to media reporting which highlighted details surrounding the arrest of Aaron Mileur, curious comments began appearing in Save Anchorage, which alleged, among other things, that the video referenced in the FBI’s Statement of Facts was “LIES,” that Capitol Hill workers were cleaning up after the attack for “Obiden,” that “democraps” don’t care about America, that no “real guns were recovered,” and that Speaker Pelosi was “treacherous.”

Save Anchorage group Administrator ‘Reclaim Midtown’ responded to media reports of Mileur’s arrest writing in part to the group:

“The Local press is going to go full bore on the narrative that a video supposedly posted on this page and elsewhere on Facebook from inside the capital during the insurrection, that doesn’t show the actual person involved, is enough evidence that every person on this page is also an insurrectionist at why this page should be shut down.”

Reclaim Midtown to Save Anchorage

In an amazing display of “whataboutism,” ‘Reclaim Midtown’ insisted the “political machine turned a blind eye to 2 billion dollars of property damage and 140 cities burned this summer in order to get their guy elected have now readied the biggest possible paint brush to paint you and everyone else here with that same narrative that YOU are an insurrectionist.”

Some people are very defensive of the group, which has threatened public officials, protested outside the Anchorage Assembly chambers with firearms, hurled anti-Semitic slurs in the direction of former Anchorage Mayor Ethan Berkowitz, and which was the safe space of former Alaska journalist Maria Athens and infused-booze cookie maker Molly Blakely.

The group was the apparent online hangout of an alleged Capitol Hill Insurrectionist, an Eagle River Assemblywoman who was thrown off the Alaska Human Rights Commission by Governor Dunleavy for defending Nazi terminology, of individuals who have referred to Anchorage Assembly Chair Felix Rivera as a pedophile, whose audible gasps could be heard after it was suggested President Biden had won a fair and free presidential election, and who could forget the RIP flyer of misinformation that group members waived in front of the Anchorage Assembly?

Facebook groups benefit from acting as a dumping ground for blogs, which artfully ‘suggest’ different perspectives and hot-takes on a wide array of subjects, many of them political in nature.

When The Appeal published a scathing takedown on David Bronson and Save Anchorage — Must Read Alaska, coming to the purported rescue of the embattled group, posted a counter-narrative to the group on March 23, which claimed a “mole from Save Anchorage was slipping intel to candidate Dunbar,” leaving readers to wonder what intel the author was referring to and whether the Save Anchorage group was masking its true identity and purpose as an on-line headquarters for the Bronson campaign — which had conveniently hidden away from the public ahead of the mayoral election.

In response to a Must Read Alaska Facebook comment from a woman who wrote she didn’t believe for a minute enough people voted for President Biden to put him in office, Must Read Alaska responded, “I don’t either.”

Retake the mayorship they all did, emboldened in part by an online group entrenched in conspiracy theories of all types and whose group members condoned the armed attack on our nation’s Capitol. If the Anchorage Municipal Clerk’s report on the 2021 election is any indicator, it would be folly to believe the violent rhetoric, misinformation, and hate speech will subside simply because this year’s election cycle is complete. If anything, Anchorage can expect the very same conduct, if not worse, from the group now that its candidate is set to ascend to his throne on July 1.

This is the group incoming Anchorage mayor David Bronson enjoys great support from. He must be so proud.