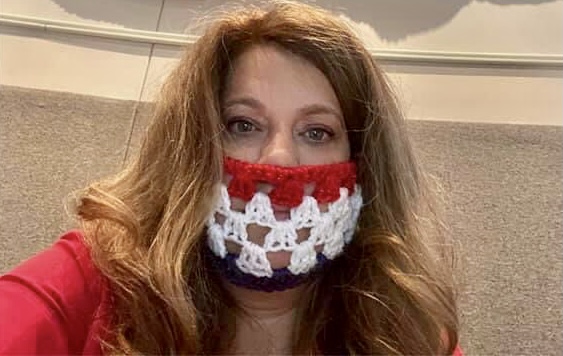 One of the things I enjoy the most about what it is I do (he says, his lips dripping with venomous sarcasm), is having to take a Saturday morning to correct an incorrect record shared by a sitting assembly member.

At Tuesday’s assembly meeting, Chair LaFrance said the navigation center ordinance was pulled from introduction by Eagle River Representatives “in order to do more work on it with the community.”

In fact, that was exactly what happened when Eagle River Assemblywoman Crystal Kennedy explained that she needed to rescind the motion to introduce the ordinance on July 13.

But Eagle River Assemblyperson Jamie Allard wasn’t have any truth telling or facts at Tuesday’s meeting and accused Assembly Chair LaFrance of lying, but not before she interrupted LaFrance, who was in the middle of giving the Chair’s Report.

“You are flat out lying to the community,” Allard said, even as Chair LaFrance correctly pointed out that Allard was out of order to which she responded, “No I’m not.”

“You are lying!” The Save Anchorage member repeated, forcing LaFrance to call a recess roughly 18 minutes after Tuesday’s meeting had begun. After the recess had concluded, LaFrance addressed Crystal Kennedy directly, reiterating that Kennedy had the “wisdom” to pull the ordinance off and to ask the administration and members to work together.”

But the right-wing blog Must Alaska, which often runs damage control for Allard when she sympathizes with Nazi terminology on a vanity license plate, fabricates her own Facebook deplatforming, or loses it in an assembly meeting — wrote that LaFrance had “apologized for lying.”

What LaFrance said was that she apologized if anything was “misconstrued,” but clearly she didn’t lie, as is evident by her clear statement that the ordinance was pulled “in order to do more work on it with the community.”

During the recess, however, Allard chose to escalate the situation, becoming confrontational with Assembly Chair LaFrance. Multiple videos recorded by those in attendance and which were shared on social media appear to show Allard yelling across the dais at Assemblyman Christopher Constant.

Two additional separate videos shared to social media appear to show a confrontational Allard in the personal space of Chair LaFrance. One of the videos was taken by a citizen who attended the meeting and a second video was taken by East Anchorage Assembly member Forrest Dunbar from behind the dais.

Assemblyman Dunbar wrote on Twitter that Allard’s interaction with LaFrance was “perhaps the most embarrassing breach of decorum from a Member” he had ever seen, with the possible exception of Allard’s previous meltdown involving former Chair Rivera.

In a brief conversation with Assembly Chair Suzanne LaFrance, she said of Tuesday’s meeting that “Member Allard’s actions were very concerning, as she seemed to be teetering on violent behavior.”

Video of Allard’s confrontation with LaFrance went viral on TikTok, where it racked up over 153,000 views. The video went viral because it’s insane that elected officials act so childishly, and no one could look away.