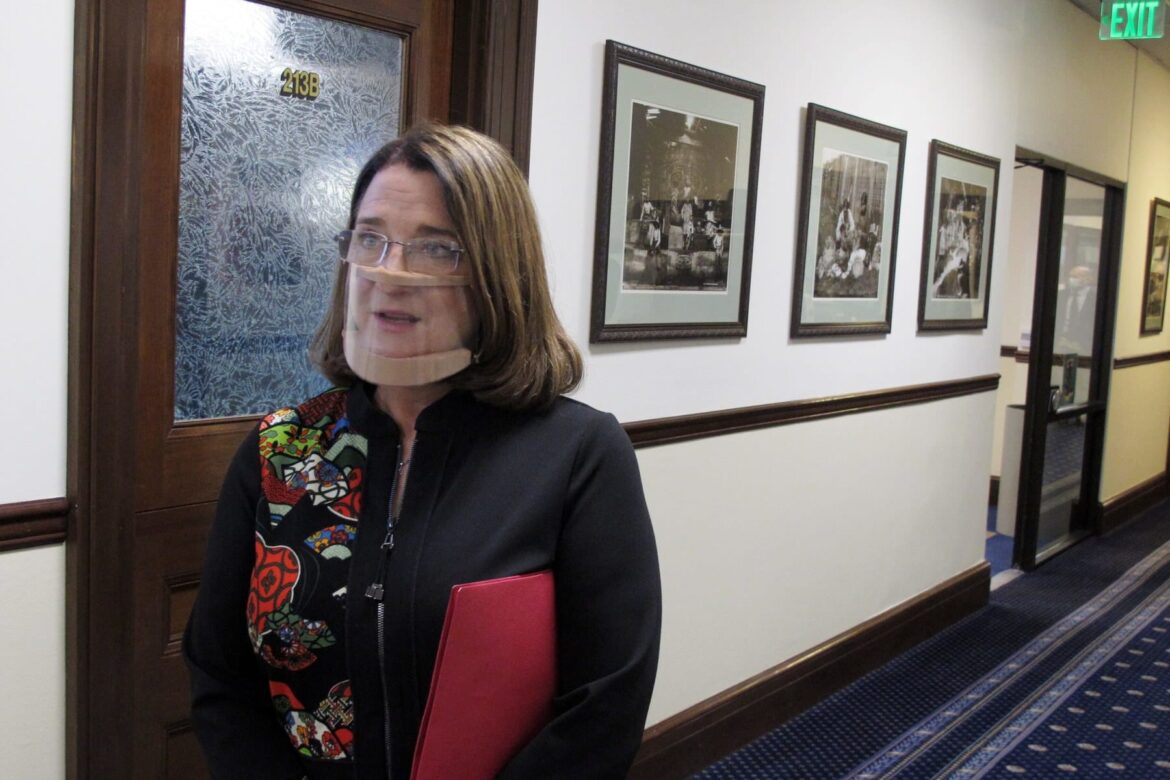 Part-time cake maker and see-through mask connoisseur Sen. Lora Reinbold came out today as yet another COVID positive Conservative. Reinbold made the shocking announcement on her Facebook page.

Thankfully, the grounded state Senator appears to be maintaining a positive attitude about her recent COVID diagnosis and says she will reveal her secret COVID-busting “recipe” to the masses when she defeats the virus.

Reinbold said she is “completely unimpressed” with the instructions provided to her on her positive COVID test that instruct her to take Tylenol, and appears concerned that if she does so — she may not be able to breathe.

Meanwhile, Reinbold says she’s taking a lot of different alphabet letters (read vitamins) to help speed along her recovery and that her Vicks steamer was sent to her by God. She also wrote on her Facebook account that her naturopath has given her tips that she believes will work.

Surprising nobody, Sen. Reinbold says she’s obtained the anti-parasitic drug ivermectin, a drug that has become a topic of conversation over the past 24 hours in Anchorage (sorry about that).

Reinbold said in her statement on Facebook that she plans to stay out of Alaska hospitals because “some of them seem like scary places these days.”

The Alaska State Senator, who is a big supporter of Anchorage Mayor Bronson, attended last Thursday’s meeting of the Anchorage Assembly and recently touted WEKA and its new monoclonal antibody (mAb) treatment center at the Golden Lion Hotel.